US Election Results: What Does it Mean for Investors?

Home » Insights » US Election Results: What Does it Mean for Investors? 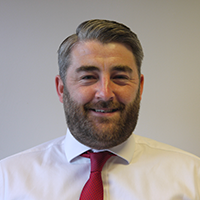 From our distant vantage point there appears widespread jubilation that democrat Joe Biden has, almost certainly, been elected the 46th President of the United States of America, ousting current republican Donald Trump. However, despite an historic voter turnout (though only 66% according to the electproject.org) and pre-election polls suggesting Americans would create a democratic blue wave across its 50 states, it is clear America remains firmly divided. The global perception of Trump does not seem to be reflected within America’s borders.

Biden did achieve a meaningful win in the popular vote but democrats failed to hold or win sufficient states in order to gain control of the senate. This is important because the senate is the policy decision making body, comprised of two elected representatives from every state, irrespective of the state population i.e. California (democratic) with 36m people has the same senate voting weight as Wyoming (republican) with just 0.5m people. Senators hold their seats for six years with only a third of seats up for grabs every two years.

Prior to this election the republicans held a senate majority 51-47 (2 independents) and it is probable they will continue to do so throughout Biden’s presidency. The Economist suggests that the house leader for the republican party Mitch McConnell is obstructive and will likely be as much of a thorn in the side for Biden as president as he was with the Obama-Biden administration. The president does have executive powers, but largely they relate to foreign affairs rather than domestic policy, which requires senate approval.

Over the past four years Trump has turned America more insular in an effort to ‘Make America Great Again’. His business-friendly stance and focus on the economy and stock market as an embodiment of his own success, led him to reduce corporate tax from 35% to 21%, enter into trade conflict with the EU and China and place consistent pressure on the independent US central bank to loosen monetary policy. Lesser concern seems to have been the issues of climate change, increased racial tension and management of the coronavirus pandemic. Providing the stock market was rising, all was well.

Biden wishes to reverse much of this, proposing an increase in corporate tax to 28%, large fiscal stimulus, expansion of public health insurance, green infrastructure spending, anti-trust measures against dominant technology companies and a firm, but less confrontational, stance with the rest of the world and its institutions.

It would appear the policies Biden wants to progress over his term may at best be watered down, or worst hit a brick wall. This could however be a panacea for the US economy whilst also allowing America to refocus on domestic issues and return to the world stage; almost a goldilocks situation. A more moderate version of Biden’s policies may be acceptable to the republican party and allow progress to be made to America’s overall benefit. Serious change is probably off the agenda.

For investors, America remains an important and dynamic economy but we do not expect too much change from the status quo with Biden at the top. We will see a moderated, but still substantial, fiscal stimulus plan benefiting the domestic economy and economically sensitive companies. There will perhaps be pressure on earnings growth projections of ‘big tech’ and also healthcare as state involvement grows. Globally, the world will become more confident in the American story with Biden as the figurehead, which should lower trade uncertainties, especially in Emerging Markets. Increased confidence and stability are good things all round. It should not be forgotten that the broad American index the S&P500 has strongly outperformed world markets under Trump over the last four years, rising by over 70%, double that of the MSCI World ex US index that is up 35% in dollar terms.

As American politics regains a balance between economic prospects and addressing societal issues, it is unlikely this level of performance divergence will remain, as although corporate earnings will continue to grow, it will probably not be at the same rate and lofty valuations of some companies may come under pressure. It may be time for other global markets to play catch up.

As always, if you have any queries or concerns, don’t hesitate to contact Mike on mike@fpc.co.uk