Is it Time for a Wealth Tax?

Home » Insights » Is it Time for a Wealth Tax? 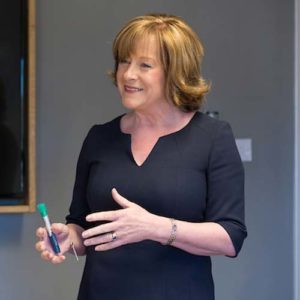 Last month, FPC Managing Partner, Moira O’Shaughessy attended a panel debate hosted by KPMG in which contributors from Switzerland and the Nordics shared their insights on the subject of Wealth Taxes.

The session highlighted the work that eminent academics and leading researchers from the top UK universities have undertaken on this topic, in order to give guidance to policy makers.

A summary of the thirteen research studies commissioned by the Wealth Tax Commission can be found here and tackle various aspects of the debate such as:

The initial report published last week highlights that wealth in the UK has risen substantially this century, with property and pension assets in particular growing as a proportion of overall wealth.  A large proportion of this wealth is concentrated on the elderly who have benefited from good pension provision and low levels of debt.  There is evidence of a north/south divide.

The Commission has set out to consider whether a wealth tax should be part of the solution to funding the immense budget deficit the country now faces and whether it can address the issue of ‘levelling up’.

Moira comments: “With governments globally facing similar challenges to funding the cost of the pandemic, inevitably Wealth Taxes may be perceived as less controversial than before and recent polls suggest support for a wealth tax is prevalent as long as the threshold over which it is imposed is fairy high.

However, as the report highlights, the introduction of a Wealth Tax is fraught with challenges, not least the design of an appropriate scheme; how to value different asset types from fine art to forestry; whether all assets would be included; whether the same tax rate would be applied to all assets; and how to address the need for individuals to have sufficient liquidity to pay any such tax, especially if their wealth is held in illiquid assets such as property or a business. The cost of implementation also needs to be assessed, which might point to a more permanent system than a one-off asset grab and there is also an inevitable impact on other taxes which would need to be reviewed in tandem, as how many times can you tax the same wealth – as you earn it, as it grows, on death and every year in between?”

It is important to note that this initial report does not go as far as to recommend a Wealth Tax is introduced but in setting out the challenges and potential implications, it has put it firmly on the agenda.  We await the final report on the 9th December and as always, will continue to update clients on developments in consultation with our network of professional partners.