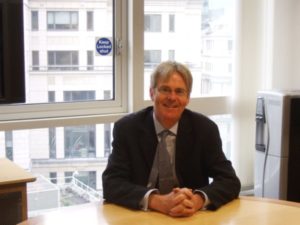 The Spending review on 4th September failed to make the headlines amidst all of the turmoil in Westminster but with Parliament now suspended, we face a Queen’s Speech on 14th October so the review will now take centre stage.  Whilst it’s not our place to comment on the political ramifications of recent events, we do seek to understand the broader economic implications of a change in approach on your financial planning.

On September 4th Boris Johnson’s new Chancellor of the Exchequer, Sajid Javid presented the Government’s review of its spending plans for the coming year.  At the time, many thought his statement was of little relevance, with an election potentially looming but its importance should not be under-estimated in setting out the tone and direction of the appeal of Boris Johnson’s Conservatives to the electorate.

Mr Javid’s plans show a substantial rise in funding for public services, with an increase in departmental budgets of over 4% above inflation in the year starting in April 2020.  This is the largest increase since 2002 when Gordon Brown was chancellor and is a substantial increase for an economy expected to grow by around 1.5% per year over the medium term.

All government departments will have some easing of spending pressure, but the NHS, schools, police and social care will each get noticeable increases.  Mr Javid says that the extra spending is consistent with keeping government borrowing within the existing self-imposed limit of 2% of GDP

Answering questions about the review however, the chairman of the OBR has warned the Commons Treasury Select Committee that the Chancellor’s plans may result in the Conservatives failing to keep to their manifesto promise to deliver a balanced budget by 2020 and that the Chancellors predictions were based on forecasts for the economy which are now out of date.

A ‘one nation’ approach

The importance of Mr Javid’s spending review is that it wants the electorate to be confident that the NHS will be safe in the Government’s hands, public finances will be well managed and the NHS will not be held hostage to unnecessary austerity.  In short, the spending review suggests a role for government that is more ‘one-nation’ Tory than indicating a move to a radical ‘small government’ approach, often associated with the US Republican party.

Elsewhere in the world, Brexit and the conduct of the UK’s Parliament is an extraordinary soap opera, but other storm clouds threaten global prospects. Protests on the streets of Hong Kong still could lead to Chinese intervention, which would inevitably have repercussions in global markets. Separately, there remain on/off signs of trouble in Chinese-US trade negotiations and contradictory signs of a possible global recession looming, not least because of the unexpected consequences of technological and regulatory change in the car industry. In any event the global economy seems less buoyant than 12 months ago.

Against this political and economic background, the prospects for sterling and inflation, and whether UK interest rates will stay as low as they are for as long as markets expect is difficult to gauge.  And if they do, it is equally difficult to assess whether equity markets are fairly priced or set for a fall, having been inflated by a combination of years (since the great recession) of global growth, buoyant profits and low interest rates.

Despite the temptation to react to confusing noise by doing something, it is normally best to avoid changing strategy, unless the investor’s circumstances have changed.  Pundits will opine on the latest twists and turns of the political drama in Parliament, and whether the UK will leave the EU on 31st October and why they think the outcome matters for future prosperity.

Yet the result of the any general election may matter more for UK private clients than Brexit, although the outcome could easily be another hung parliament and yet more political deadlock.  But Brexit or no-Brexit, the European issue seems likely to continue to fester in UK politics.

On any of these issues, pundits and investment advisers usually have their own views, but no-one actually knows what the future holds.

By far the best strategy is to stick to a plan that takes account of the investor’s reasonable goals and needs.  In the meantime, don’t hesitate to call us if you have any concerns or queries.

Peter Stanyer is co-author with Professor Stephen Satchell of The Economist Guide to Investment Strategy, 4th edition, Profile Books, 2018. The views expressed are his own personal views, and do not constitute advice to buy, sell or hold any investment.